Why Does my Coffee Taste Sour? 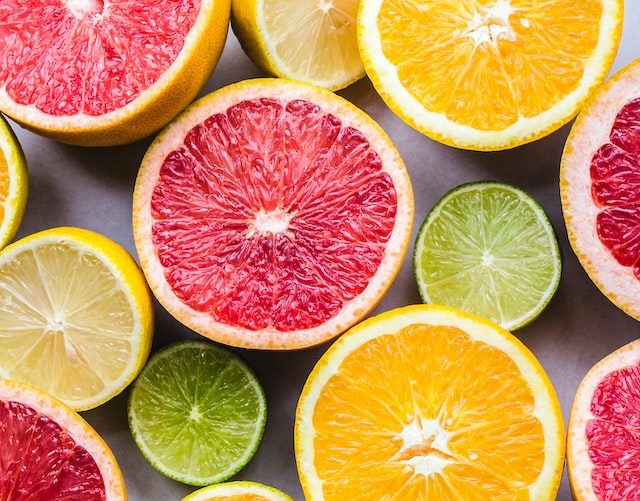 Coffee tastes sour? That’s tough, man. No one wants their coffee to taste like they bit into the side of a grapefruit. Luckily for you though, it’s one of the easier fixes you can make when you’re brewing coffee.

Why does my coffee taste sour?

Sour coffee is due to one of two reasons. First, you may be underextracting your coffee. This means that you’re not brewing it enough, and your drink is filled with early-extracting acidic compounds and not enough later-extracting sugars and bitter compounds that balance out the tart taste.

The second reason is buying the wrong coffee beans, although this reason can be down to personal preference. Some coffee is underroated, which highlights the more acidic flavors. Some coffee just tastes tart and sour and people like it. This is especially true with African coffees and single origins.

Reason #1: You are underextracting your coffee

An underextraction of your coffee means you aren’t brewing enough, and not enough coffee compounds are making their way into your drink. To get technical for a second, we refer to this as a % of Total Dissolved Solids (TDS) which is measured with a refractometer (just $800 if you want one…!)

Basically, if your coffee tastes sour then you might need to brew it more. Here’s four ways to do that:

How to fix an underextraction

Fix #1: Use a finer grind size

Our second problem is when your coffee grounds are too coarse. That means they’re too big, basically.

Coarse coffee grounds will lead to more early-extracting acidic compounds in your coffee, without the sugars that balance these tastes out.

The fix is very simple, thankfully. You just need to use a finer grind size. That might mean you need to choose a different setting on your grinder, or perhaps asking your roaster to grind it finer than usual

An inconsistent size of coffee grounds can lead to sour coffee for a similar reason in Fix #1, where the coffee grounds are too coarse. An inconsistent size is sometimes called “dust and boulders”. That means your ground coffee is full of tiny, tiny pieces (dust) but also massive chunks (boulders). And those “boulders” will give you more early-extracting acidic compounds in the coffee.

An inconsistent grind size is usually because of a cheap burr grinder or (god forbid) a blade grinder. A simple upgrade will solve the problem, but bear in mind that good burr grinders aren’t cheap. Seriously, if you’re spending less than $100 then I wouldn’t bother.

A better option, and one I like to recommend for beginners, is to use preground coffee that’s been freshly roasted. I explain more here, but the trick is that for newbies, having a consistent grind size is more important than grinding it fresh.

What’s the ideal temperature? Well, the SCAA recommends 195-205°F (91-96°C) and in Everything but Espresso Rao says 195-202°F (91-94°C) is ideal for brewing. These temperatures are very hot. Straight off the boil, basically. So if you’re waiting a few minutes after your water has boiled, this might be the culprit.

You can use a temperature kettle to measure how hot your water is. If that’s not an option, just take your water the same amount of time from the boil. Whatever you do, keep it consistent.

A longer brew time means more time for the coffee grounds to interact (and therefore extract) with the water. If you extract more, you will find the acidic compounds should be balanced out by the later-extracting compounds and flavors.

The issue is it only works with some brew methods. If you’re using an immersion brew like an Aeropress or a French Press, try this one first. If you’re using percolation brews like a Pour Over, try one of the other fixes.

What happens if I overextract my coffee?

If you’re following the above fixes chances are you might end up overcorrecting. You’ll know if your coffee is overextracted as it will start to taste bitter. See here if you want the technical details. If you notice a touch of bitterness, change what you’re doing until you find the sweet spot.

Don’t worry about messing up a few times. This is no bad thing. You’re making progress. Keep trying and soon you’ll find the perfect conditions for a brew, and you’ll be able to make perfect coffee day in and day out.

This process is known as “dialing it in”, by the way, and is a very important part of brewing coffee. All your favorite coffee shops do it. Imagine the baristas sipping espresso shots for an hour before they open, that’s what it’s like sometimes!

Quick tip: overextracting does not make your coffee stronger or more caffeinated. In coffee, the caffeine is absorbed very quickly. It’s something like 50% of all the caffeine within the first few seconds. So don’t worry about it.

Reason #2: You are buying underroasted and/or acidic coffee beans

The second reason your coffee may taste sour is because the coffee beans were roasted to be like that. Sour espresso is trendy. Except rather than being called “sour”, it’s called an acidic sweetness. Or bright flavours. Or notes of lemon and grapefruit. You get the idea.

Another possibility is that the coffee beans are underroasted. This will lead to those same acidic flavors, too. Although in my experience, this is usually deliberate rather than a mistake on the roaster’s part. Luckily, it has the same solution.

How to fix underroasted coffee beans

Coffee beans that are a medium roast and especially a dark roast taste less sour. This is because the roasting process, like the brewing process, gives more darker, bitter, earthier tastes and compounds the longer you do it.

Medium roasts are generally considered the best balance for a roast and offer the smoothest coffee. These days though, with the popularity of sweet, acidic coffee, you do find medium roasts that can taste sour to some people. Dark roast should be safe from sourness, even for those most sensitive to a little acidity in their coffee.

Coffee beans grown in Africa, which are very hip at the moment, tend to have more acidic and sour tastes in them. Coffee beans from this region are known for strong fruity and floral flavors. These flavors are often called “bright”, but for some people are simply unpleasant and sour. It really is a matter of personal preference.

I just did a quick search of a popular online coffee roaster. Literally the first African coffee I clicked on had tasting notes like you should be able to see on the right. Nectarine. Melon. These are the “cool” tastes that some people love with African coffees, but you might just find to be on the sour side.

The two other main coffee growing regions are Latin America and Asia. While there is a lot of variation in the regions, Latin American coffee beans are considered the most balanced and Asian coffees are known for darker and earthier tastes. Try them out for yourself to see which you prefer.

A coffee blend is usually roasted to provide a balanced, smooth taste. A single origin on the other hand, where all the coffee beans are from the same place, have stronger and more polarising flavors. If you’re trying coffee in a coffee shop and it tastes sour, chances are it’s a single origin. Likewise, with a blend of coffee it’s rare to get those sour tastes.

You can easily spot the difference when you buy coffee beans by looking at how they’re described. A blend usually just says the word “blend” on it. A single origin will tell you the place it comes from, maybe a country or region. Go for the blend and you’re less likely to brew a sour coffee.

What if my light roast coffee tastes sour?

If your light roast coffee tastes sour then the most likely explanation is that you don’t like underroasted coffee beans. A light roast will highlight the brighter, more acidic flavors in a coffee. Maybe you just think it tastes sour instead. It’s a matter of personal preference, with one exception…

Sour coffee is not bad in and of itself. You may simply just not like the taste. Acidity (or sourness) can be considered a positive taste when it comes to coffee, and coffees that have a light acidity are often referred to as being ‘bright’.

It’s a recent trend to sell and serve coffee (and espresso!) that has acidic flavors to them. The Yrgacheffe coffee from Ethiopia is an example you might have heard of, famous for its citrussy and lemon tastes. One person might call them bright and fruity, another might call them foul and sour. It’s a matter of personal preference.

If you take one thing from this article, I’d like it to be “sourness = underextraction” and “bitterness = overextraction”. Just knowing those two things can be very powerful in taking your coffee from ‘good’ to ‘great’.

And you may not realise this, but this process of “dialing it in” is huge. Once you get the hang of it, you’ll start making better coffee than you can believe.

To get there, you don’t need too much equipment. Although a good burr grinder is crucial. Here’s my articles on finding a quality hand grinder or automatic grinder if you’re ready to make that investment.

And you may also want to look at getting a specific kettle that can heat to a certain temperature. I own one, and the gooseneck design is great for Pour Over coffee.