Immersion vs Percolation (Which one makes better coffee?) 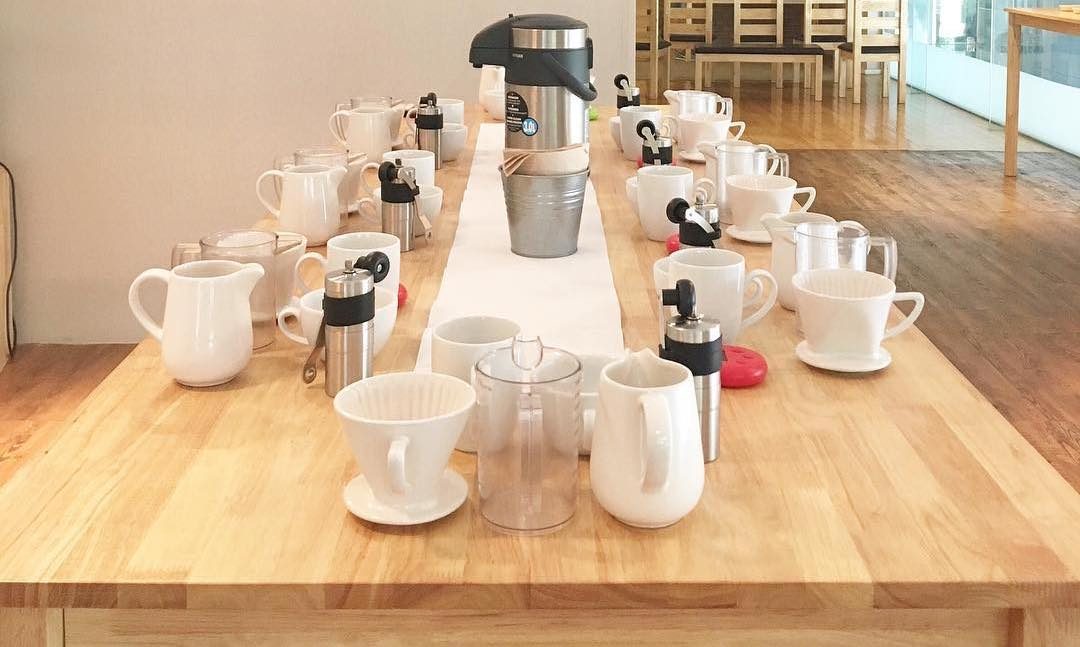 “What’s the difference between immersion vs percolation?”

I get that question a lot, usually from folks who have been confused by coffee bros using these words like any 5th grader would understand them.

The difference is actually a very important one. If you wanna brew great coffee, that is. So read on to discover the exact difference, and where espresso and other brew methods fit into this. There’ll be a test at the end, so pay close attention. (Seriously, there’s a test. I made one.)

What’s the difference between immersion vs percolation?

Immersion brewing is where the coffee grounds and water are mixed up and left to brew for a while. This is also called steeping or infusion.

With an immersion style, you can brew it for as long as you want. So you tend to get longer brew times, although they do top out at 3-4 minutes for hot coffee. Cold Brew is another type of immersion and can take one or two days!

That longer brew time means a coarser grind, because the larger size of coffee grounds will extract over a longer period.

Common immersion brew methods include the French Press, Cold Brew or even the modern Aeropress.

Percolation brewing is when hot water is slowly dripped through a bed of coffee grounds and the finished coffee collects beneath it. A more common name for this is Pour Over although that’s not the only method.

With percolation, the brew time is as long as it takes to pour the hot water over and through the coffee. Two to three minutes is typical. Also, a finer grind size is needed for the grounds due to the short time the water has to extract the coffee.

Brewing with a percolation method can be finicky. The short brew time can mean a lot can go wrong. One problem is “channeling” where most of the water flows through one part of the coffee bed, but leaves lots of the ground coffee elsewhere in the bed underextracted.

Common percolation brew methods include Autodrip coffee makers and Pour Over devices like the Kalita Wave, the Hario V60 or the Chemex.

Does immersion or percolation taste better?

Both immersion and percolation can make great tasting coffee. Someone telling you different? Go ask them if they’re using a refractometer to measure TDS. Honestly, people have crunched the numbers on this, and you can get great coffee using practically anything.

The thing is, unless you really know what you’re doing then immersion will make better coffee. This is because immersion methods are so simple, anyone can get a great extraction. Mix the coffee and water together. There isn’t much to mess up.

With percolation, you have a lot more variables and other things to think about. Do you know what a spiral pour is? How about channeling? Or blooming? Add this to a shorter brew time and you’ve much more chance of messing up the brew and ruining your coffee. Seriously, go read Rao’s book Everything But Espresso if you want a primer on how bad most Pour Over coffee is.

Immersion and percolation, when made well, also give slightly different taste profiles. A percolation brew has more of the sweeter and acidic earlier extracting compounds. Good for a bright, fruity, or flowery coffee. Immersion brewing has more of the darker and bitter compounds that extract later, so better for your earthy, woody and spicy coffees. Just another thing to think about if you want to know which will taste better.

Is espresso immersion or percolation?

Technically espresso is a form of percolation, because the hot water drips down through the coffee like in percolation methods. But espresso has so many unique details, you won’t find most people refer to espresso as a percolation method. It kinds deserves its own category.

Espresso is similar to a percolation brew method, where hot water drips down over a bed of coffee.

But espresso uses extremely high heat and pressure, which can only be created using an espresso machine. Yes, that does mean you can’t create real espresso without a full machine.

Espresso is an extremely fast brew method. The brew time is only a few seconds, and in fact that’s why espresso machines were created — to satisfy busy Italian commuters in the 1930s.

Espresso machines serve a tiny shot of extremely strong coffee. These days, it’s more common to see people order Cappuccinos or Lattes where it is diluted with cream and milk.

With such a fast extraction, espresso requires very fine coffee grounds. And a lot can go wrong in the process. There’s a real art to pulling quality espresso, and baristas can take years, even decades, to master it.

What brew methods are immersion or percolation?

Is French Press immersion or percolation?

Is the Aeropress immersion or percolation?

An Aeropress offers an immersion brew. This is because the coffee grounds are “immersed” in the hot water inside the tube of the Aeropress, before the vacuum is applied and the coffee is filtered out. The Aeropress seems like a percolation brew at first, this is because it drips down into the cup, a classic hallmark of Pour Over coffee. But the actual brew is all immersion.

Is Brewed Coffee immersion or percolation?

Brewed coffee can be either immersion or percolation, as it is a term that describes any coffee that isn’t espresso. Although, people do use brewed coffee to mean autodrip machines. In that case, it’s percolation. That’s because all autodrip coffee makers have a small stream of hot water that pours over the coffee bed, and that’s how percolation works.

If you’re looking for an immersion brewer that’s exciting, new and won’t break the bank? Hard to look past the Aeropress, to be honest. This thing makes coffee so good there is an Aeropress World Championships where the best of the best face off with their immersion Aeropress brewers. Check it out on Amazon.

For percolation brewing, you have two main options for your brew method. Either an autodrip machine, or a small Pour Over device.

Autodrip coffee makers get a bad rep, and honestly it’s kinda deserved. Percolation is hard to get right, so what you’re automating it with a janky piece of plastic that cost 30 bucks? Not the best idea.

The gold standard for these coffee makers is SCAA certification. A coffee maker with a SCAA badge on the side means it’s been regulated, and the temperature and flow is all gonna be just right. You can read my reocmmendations here, if you like.

The Chemex is my favourite Pour Over device. It’s gorgeous, check it out on Amazon or see my review here to see just how good. It’s been in a James Bond movie. And best of all, it makes fantastic coffee for up to 2 or 3 people.

Immersion vs Percolation vs Espresso Quiz

Each photo below has either an immersion, percolation or espresso brew method in it. Guess which one it is!

Hover your cursor over the black box to reveal the answer.